Welcome to our GuardianCard blog

Here, we'll share our ideas, thoughts and insights with you and reflect on a number of topics from home life, to personal finance and much more. 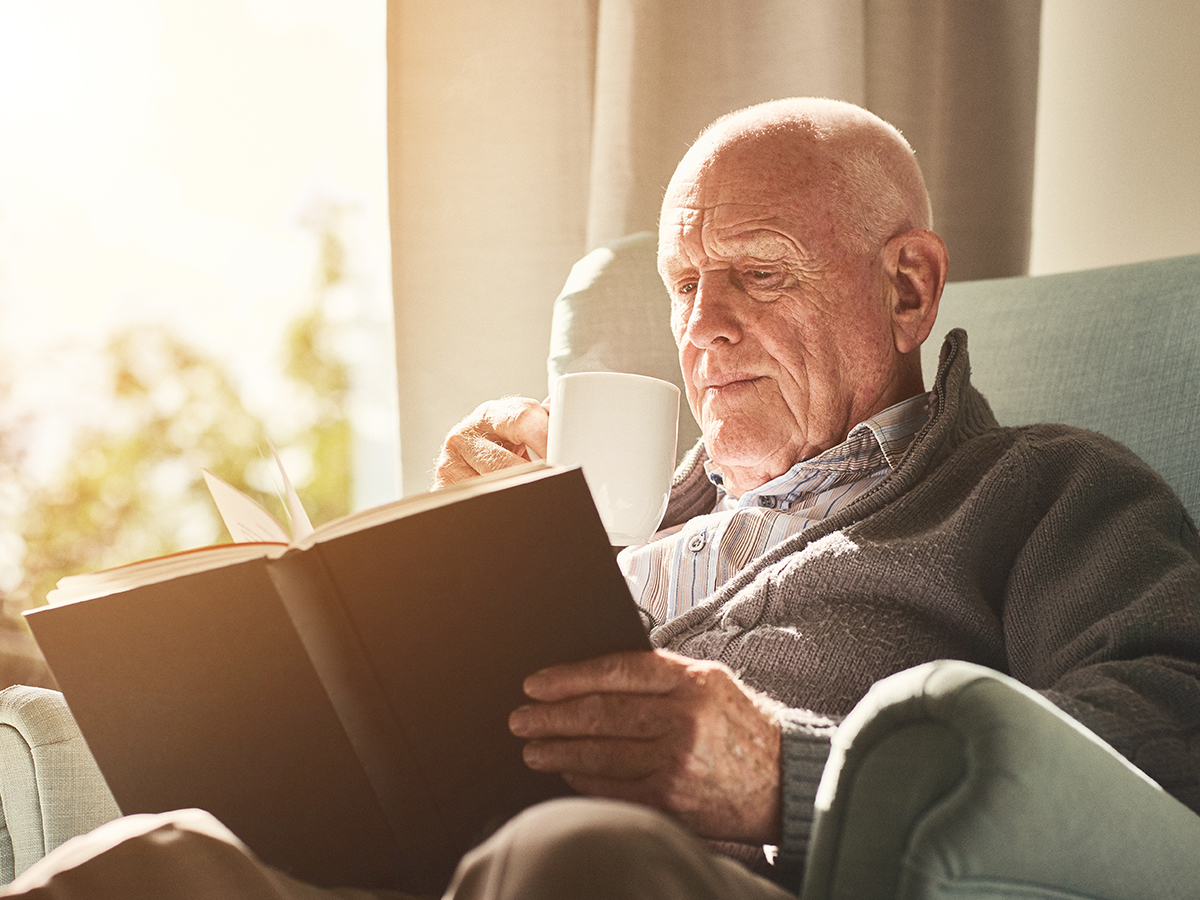 10 of our favourite books from the past year

As avid readers, many of the GuardianCard team have found themselves picking up lots of books in the last year, in fact when we added up it was over 45 books between them.

If you are on the hunt for a good book to get lost in, then you have come to the right place as here are some of our top picks!  We have got a great list of books that are all fantastic page turners that the team would highly recommend.

Here is our selection of ten books including a moving story from a real-life Holocaust survivor, a heartbreaking coming-of-age story and a compelling thriller filled with long-buried secrets.

We hope you enjoy the *reviews of our chosen books.

The Tattooist of Auschwitz By Heather Morris

In 1942, Lale Sokolov arrived in Auschwitz-Birkenau. He was given the job of tattooing the prisoners marked for survival – scratching numbers into his fellow victims’ arms in indelible ink to create what would become one of the most potent symbols of the Holocaust.

Waiting in line to be tattooed, terrified and shaking, was a young girl. For Lale – a dandy, a jack-the-lad, a bit of a chancer – it was love at first sight. And he was determined not only to survive himself but to ensure this woman, Gita, did too.

So begins one of the most life-affirming, courageous, unforgettable and human stories of the Holocaust: the love story of the tattooist of Auschwitz.

Sloane, Ardie, Grace and Rosalita have worked in the same legal office for years. The sudden death of the firm’s CEO means their boss, Ames, will likely take over the entire company. Each of the women has a different relationship with Ames, who has always been surrounded by whispers about how he treats women. Those whispers have been ignored, swept under the rug, hidden away by those in charge.

But the world has changed, and the women are watching this latest promotion for Ames differently.

Sloane and her colleagues’ decision to take a stand sets in motion something catastrophic and unstoppable: lies will be uncovered, secrets will be exposed and not everyone will survive. All their lives – as women, colleagues, mothers, adversaries – will be changed forever.

Tomorrow Will Be A Good Day by Captain Tom Moore

At the height of the Covid-19 pandemic in early April 2020, this ninety-nine-year-old Second World War veteran came up with a big idea: he’d walk laps of his garden to raise money for the NHS. Despite using a walking frame as well as recent treatment for cancer and a broken hip, he was determined to hit £1000 by his 100th birthday on 30th April.

By the time the telegram from the Queen arrived, he’d raised over thirty million pounds.

In this, his official autobiography announced in support of the creation of the Captain Tom Foundation, he tells us of his long and dramatic life. How his spirit was forged on the battlefields of Burma where victory was snatched from the jaws of defeat. How he fearlessly raced motorbikes competitively. How, in his nineties, he took off for the Himalayas and Everest, simply because he’d never been. And, finally, how this old soldier came to do his bit for the NHS, becoming the nation’s hero in our darkest hour.

A modest, decent, charming man with a can-do attitude and a twinkle in his eye, Captain Tom’s story is that of a man whose insatiable curiosity and appetite for life have led him around so many unexpected corners – finding both adventure and joy.

He only wanted to help other people – and yet he has inspired a nation to believe anything is possible by reminding us all it is never, ever too late.

On deployment in Afghanistan, Lieutenant Commander James Reece’s entire team is killed in a catastrophic ambush. But the deaths don’t stop there, and Reece soon discovers that this was not an act of war by a foreign enemy but a conspiracy that runs to the highest levels of government.

With nothing left to lose, Reece directs the lessons that he’s learned in over a decade of constant warfare towards revenge, ruthlessly targeting his enemies without regard for the laws of combat or the rule of law.

No One Home by Tim Weaver

Nine neighbours gather for a dinner party. But by the next morning, they have all disappeared without a trace. No bodies, no evidence, no clues.

Two and a half years later, it remains a mystery. Desperate for answers, the families of the missing turn to investigator David Raker.

How did an entire village vanish overnight?

And is he looking for nine missing people, or nine dead bodies?

Where the Crawdads Sing by Delia Owens

For years, rumors of the “Marsh Girl” have haunted Barkley Cove, a quiet town on the North Carolina coast. So in late 1969, when handsome Chase Andrews is found dead, the locals immediately suspect Kya Clark, the so-called Marsh Girl. But Kya is not what they say.

Sensitive and intelligent, she has survived for years alone in the marsh that she calls home, finding friends in the gulls and lessons in the sand. Then the time comes when she yearns to be touched and loved. When two young men from town become intrigued by her wild beauty, Kya opens herself to a new life – until the unthinkable happens.

Perfect for fans of Barbara Kingsolver and Celeste Ng, Where the Crawdads Sing is at once an exquisite ode to the natural world, a heartbreaking coming-of-age story, and a surprising tale of possible murder. Owens reminds us that we are forever shaped by the children we once were, and that we are all subject to the beautiful and violent secrets that nature keeps.

A Life on Our Planet by Sir David Attenborough

Empowering and inspiring, Attenborough’s new autobiography sends a powerful message about the crucial importance of will in tackling the climate crisis and preserving our precious ecosystem for generations to come.

As a young man, I felt I was out there in the wild, experiencing the untouched natural world – but it was an illusion. The tragedy of our time has been happening all around us, barely noticeable from day to day – the loss of our planet’s wild places, its biodiversity.

I have been witness to this decline. A Life on Our Planet is my witness statement, and my vision for the future. It is the story of how we came to make this, our greatest mistake – and how, if we act now, we can yet put it right.

We have one final chance to create the perfect home for ourselves and restore the wonderful world we inherited.’

All we need is the will do so.

Before We Were Yours by Lisa Wingate

Twelve-year-old Rill Foss and her four younger siblings live a magical life aboard their family’s Mississippi River shantyboat. But when their father must rush their mother to the hospital one stormy night, Rill is left in charge, until strangers arrive in force. Wrenched from all that is familiar and thrown into a Tennessee Children’s Home Society orphanage, the Foss children are assured that they will soon be returned to their parents – but they quickly realize the dark truth…

Based on one of America’s most notorious real-life scandals, in which Georgia Tann, director of a Memphis-based adoption organization, kidnapped and sold poor children to wealthy families all over the country, Before We Were Yours is a riveting, wrenching and ultimately uplifting global bestseller.

Beartown tells of a terrible crime that fractures a town and all of the people in it. When a bad thing happens, who will have the courage to stand against everyone else?

Beartown is a small town in a large Swedish forest. For most of the year it is under a thick blanket of snow, experiencing the kind of cold and dark that brings people closer together – or pulls them apart. Its isolation means that Beartown has been slowly shrinking with each passing year. But now the town is on the verge of an astonishing revival.

Everyone can feel the excitement. A bright new future is just around the corner. Until the day it is all put in jeopardy by a single, brutal act. It divides the town into those who think it should be hushed up and forgotten, and those who’ll risk the future to see justice done.

At last, it falls to one young man to find the courage to speak the truth that it seems no one else wants to hear. With the town’s future at stake, no one can stand by or stay silent. Everyone is on one side or the other. Which side would you be on?

Adventures Of The Yorkshire Shepherdess by Amanda Owen

Amanda Owen loves her traditional life on her hill farm alongside her nine children and husband Clive. And, as readers of her previous bestsellers will know, every day at Ravenseat brings surprises. In Adventures of the Yorkshire Shepherdess Amanda takes us from her family’s desperate race to save a missing calf to finding her bra has been repurposed as a house martin’s nest, and from wild swimming to the brutal winter that almost brought her to her knees. As busy as she is with her family and flock though, an exciting new project soon catches her eye . . .

Ravenseat is a tenant farm and may not stay in the family, so when Amanda discovers a nearby farmhouse up for sale, she knows it is her chance to create roots for her children. The old house needs a lot of renovation and money is tight, so Amanda sets about the work herself, with some help from a travelling monk, a visiting plumber and Clive. It’s fair to say things do not go according to plan!

Funny, evocative and set in a remote and beautiful landscape, this book will delight anyone who has hankered after a new life in the country.

Have you read any of these books or will you be adding them to your summer reads? Tell us all by emailing hello@guardiancard.co.uk

*All reviews are taken from Waterstones